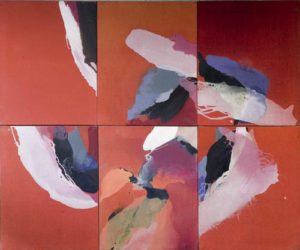 2019 marks the fiftieth anniversary of the founding of IASIL (or IASAIL, the International Association for the Study of Anglo-Irish Literature, as it existed in its first incarnation). This anniversary presents an opportunity to consider the evolution of Irish literary and critical studies since the very first IASAIL conference, held in Trinity in the summer of 1970, and to assess the role of criticism in advancing this field of scholarship. The 2019 conference theme, ‘The Critical Ground’, is an invitation to reflect in the broadest possible terms on the critical traditions, interventions, controversies, and conversations which have shaped Ireland’s literature in both the Irish and English languages, and to chart the relationship between such critical engagement and Ireland’s wider political, cultural, and intellectual sphere.

‘The experience of anyone who aspires to the avocation of literary critic in Ireland’, Terence Brown has written, ‘must be to endure crisis in some form or other in the interests of the literary imagination’. In its emphasis on ‘crisis’, this observation is a reminder of how Irish criticism has been driven by national and international pressures, and defined by both history and the present moment. It brings into perspective the wide expanse of critical activity in Irish Studies, from the traditions of individual scholarly interpretation to the substantial repositories of archival, digitised or paratextual material that inform responses to literary texts. How has criticism shaped an Irish literary canon, what is the current state of critical practice, and what critical departures or new directions lie ahead?

In keeping with IASIL’s general practice, papers are also invited in other areas of Irish literary studies.

The organisers invite proposals of no more than 250 words for twenty-minute papers, or for three-paper panels or discussion roundtables, to be delivered in the English or the Irish language. Please also include a brief biographical sketch of up to 50 words. Proposals must be submitted via the abstract submission form to iasil19@tcd.ie. The deadline for submission is 18 January 2019.

In keeping with the reflective nature of this IASIL’s anniversary theme, the conference will also feature several roundtable discussions on past, current and future directions in the critical field, convened in cooperation with the Irish University Review (which will be celebrating its 50th anniversary in 2020). Topics for reflection in these sessions will be: