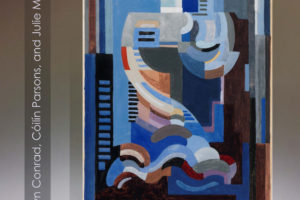 “This pathbreaking collection reveals how science and the literary imagination, ‘intimate strangers’, are inextricably entangled in Irish modernism.”

—Ronan McDonald, The University of Melbourne

Since W. B. Yeats wrote in 1890 that “the man of science is too often a person who has exchanged his soul for a formula,” the anti-scientific bent of Irish literature has often been taken as a given. Science, Technology, and Irish Modernism brings together leading and emerging scholars of Irish modernism to challenge the stereotype that Irish literature has been unconcerned with scientific and technological change. The collection spotlights authors ranging from James Joyce, Elizabeth Bowen, Flann O’Brien, and Samuel Beckett to less-studied writers like Emily Lawless, John Eglinton, Denis Johnston, and Lennox Robinson. With chapters on naturalism, futurism, dynamite, gramophones, uncertainty, astronomy, automobiles, and more, this book showcases the far-reaching scope and complexity of Irish writers’ engagement with innovations in science and technology.

Taken together, the fifteen original essays in Science, Technology, and Irish Modernism map a new literary landscape of Ireland in the twentieth century. By focusing on writers’ often-ignored interest in science and technology, this book uncovers shared concerns between revivalists, modernists, and late modernists that challenge us to rethink how we categorize and periodize Irish literature.