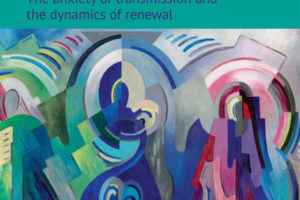 Revivalism and Modern Irish Literature: The anxiety of transmission and the dynamics of renewal

The influence of revivalism is writ large in the history of modern Ireland, particularly as we commemorate a ‘decade of centenaries’. Yet, whether in Ireland or elsewhere, no study of revivalism as a critical cultural practice exists, rather one tends to speak of specific revivals such as the Gothic Revival, the Gaelic Revival and so on. Surely, beyond the specific circumstances of these revivals, lies a set of fundamental concerns which arise from our experience of time, cultural memory and the quest for continuity?

This book seeks to address this question by firstly locating revivalism within the broader history of ideas and, secondly, undertaking a conceptual case study of revivalism within Modern Irish literature. The conceptual development of revivalist discourse is explored here from the Counter-Reformationists of the seventeenth century, to the guardians of the scribal tradition in the eighteenth and nineteenth centuries, the Protestant evangelicals and Irish nationalists and Gaelic League in the nineteenth century, the Easter Rising and the challenges of independence in the twentieth century through to the concerns of contemporary literature in Irish. While literature in Irish has encountered a steady degree of adversity over the course of the last four centuries this itself has led to a consciousness of it own medium. With this has come an awareness of the precariousness of continuity on the one hand and a glimpse of the transformative potential of renewal on the other. Revivalism emerges as a response to a crisis of continuity and a means to realise our own agency.

If Irish Studies ever does come to full maturity as an academic discipline it will be because of books like this   – broad and original in scope, theoretically sophisticated, based on meticulous research across several disciplines (history, literature, philosophy, psychology, language, post-colonial studies, utopian studies, to name some)– Philip O’Leary Boston College